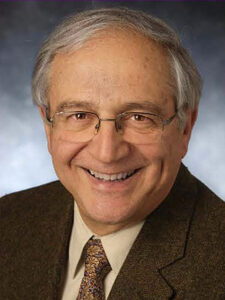 Dr. Arthur Kubikian was born in Bucharest, Romania and immigrated to the United States in 1961. He is a graduate of U.C.L.A. with a major in History (1968) and received his doctoral degree in Dentistry from the University of Southern California in 1974. Following graduation, Dr. Kubikian served as Captain in the Dental Corps from 1974 to 1976 and was stationed at Walter Reed Army Hospital in Washington, D.C. He practiced General Dentistry with emphasis on Endodontics receiving his Preceptorship in Endodontics in 1975.

After moving to New York City in 1976, Dr. Kubikian and his wife, Dr. Louiza Puskulian Kubikian established a dental office in Sunnyside, New York, where they practiced General Dentistry from 1977 to 2014. In 1990 a part time dental office was started in Roslyn, N.Y. and in 2014, the Sunnyside office was relocated to Roslyn and was active until 2017.

Has been an active member of AAHPO since 1999 and has served on the Board as Vice President since 2007. He was Vice Chairman of the 10th Armenian Medical World Congress in New York City in 2009 in charge of organizing the Dental Workshops. He has organized many AAHPO Dinner lectures in Queens and is a participant in Career Days at Fordham University and AGBU benefitting Armenian students since 2012. Dr. Kubikian’s commitment to Armenian organizations is reflected in his long term service to St. Sarkis Armenian Apostolic Church in Douglaston, N.Y. in various capacities, as one of its Godfathers in 1990, member of the Board of Trustees for 12 years, Treasurer, NRA delegate, organizer of 6 major Health Fairs, lectures on various topics such as elder law, practical law, income taxation, health and wellness, preventive medicine, stress management, Nagorno-Karabagh, Armenian Genocide, etc.

Other community activities have included involvement with the Knights of Vartan Inc. National Fraternal Organization as Long Island Lodge Chairman 2002-2004 and National Grand Treasurer 2010-2011. He has also served as Co-chair of April 24 Times Square Commemorations in 1999 and 2006. On the personal level he is married to Louiza Puskulian Kubikian, DDS and has two sons, Daniel, DMD Periodontist, and David JD Attorney, and 4 granddaughters. His other interests include Holocaust and Genocide Studies, Philosophical Anthropology, Mental Imagery and Momentalism and Comparative Religions.