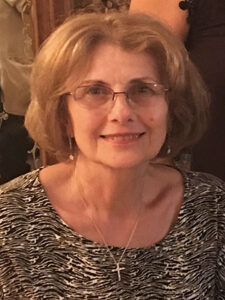 Dr. Louiza Puskulian Kubikian was born in Bucharest, Romania and immigrated to the United States in 1964. She is a graduate of C.C.N.Y. with a major in Biology (1970) and received her doctoral degree in Dentistry from Columbia University in 1974. Following graduation, Dr. Puskulian served as Captain in the Dental Corps from 1974 to 1976 and was stationed at Walter Reed Army Hospital in Washington, D.C. After returning to New York City in 1976, Dr. Puskulian practiced dentistry as associate in a prestigious Fifth Avenue office for 7 years. In 1985, she joined her husband, Dr. Arthur Kubikian’s practice in Sunnyside, New York and continued to practice General Dentistry until 2014, afterwards continuing part time and retiring in 2017. Dr. Puskulian is a member of American Dental Association and Armenian International Women’s Association.