Q. What is Ebola? 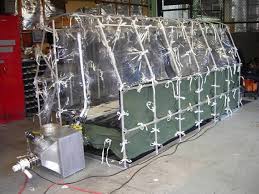 A. Ebola virus is the cause of a viral hemorrhagic fever disease. Symptoms include: fever, headache, joint and muscle aches, weakness, diarrhea, vomiting, stomach pain, lack of appetite, and abnormal bleeding. Symptoms may appear anywhere from 2 to 21 days after exposure to ebolavirus though 8-10 days is most common.

[bg_collapse view=”button-blue” color=”#ffffff” expand_text=”Show More” collapse_text=”Show Less” ]Q: Are there any cases of individuals contracting Ebola in the U.S.?
A. No.

Q. What about Americans ill with Ebola who are being brought to the U.S. for treatment?
A. CDC has very well-established protocols in place to ensure the safe transport and care of patients with infectious diseases back to the United States. These procedures cover the entire process — from patients leaving their bedside in a foreign country to their transport to an airport and boarding a non-commercial airplane equipped with a special transport isolation unit, to their arrival at a medical facility in the United States that is appropriately equipped and staffed to handle such cases. CDC’s role is to ensure that travel and hospitalization is done to minimize risk of spread of infection and to ensure that the American public is protected. Patients were evacuated in similar ways during SARS.

Q. Can I get Ebola from a person who is infected but doesn’t have any symptoms?
A. No. Individuals who are not symptomatic are not contagious. In order for the virus to be transmitted, an individual would have to have direct contact with an individual who is experiencing symptoms.[/bg_collapse]